Timo graduated with master’s degrees in business administration and international economics at Ruhr University Bochum, Germany. Since that he developed a quite international career. His most significant steps were Chairman and CEO of the European Public Relations Agency Pleon Europe, Global Director of the advertising network BBDO Worldwide Inc., NY, Senior Partner and member of the Global Executive Committee of Ketchum Worldwide Inc., NY and CEO of Ketchum-Pleon Europe, London where he was in charge of it’s 25 operations in 15 European countries. His professional work here has been nationally and internationally awarded several times.

Timo’s interests are widely spread and he has participated in numerous national and global associations like e.g. Chairman of the Marketing and Management group of the German Association Of Business Consultants (BDU) or, helping to make the world a better place for future generations, member of the Board of Trustees of the globally operating sustainability organisation World Future Council (WFC). His advice is appreciated from various NGOs and Timo run many international business workshops up to World Economic Forum (WEF). As well he has been appointed as jury member of numerous national and international business awards.

Since 2013 Timo has been following his private agenda. He has withdrawn from most of his management activities and founded his own investment boutique to support start ups from local ‘hands on businesses’ to a big data technology company. His latest engagement is truly private inspired: Together with his spouse he helps to hand over the family owned globally operating fashion company Loevenich into it’s third generation.

Since 2012 Timo is proud member of the European Business Award’s jury the third time.

Back to Judges
Sponsors & Supporters 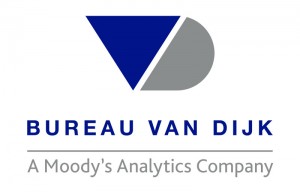